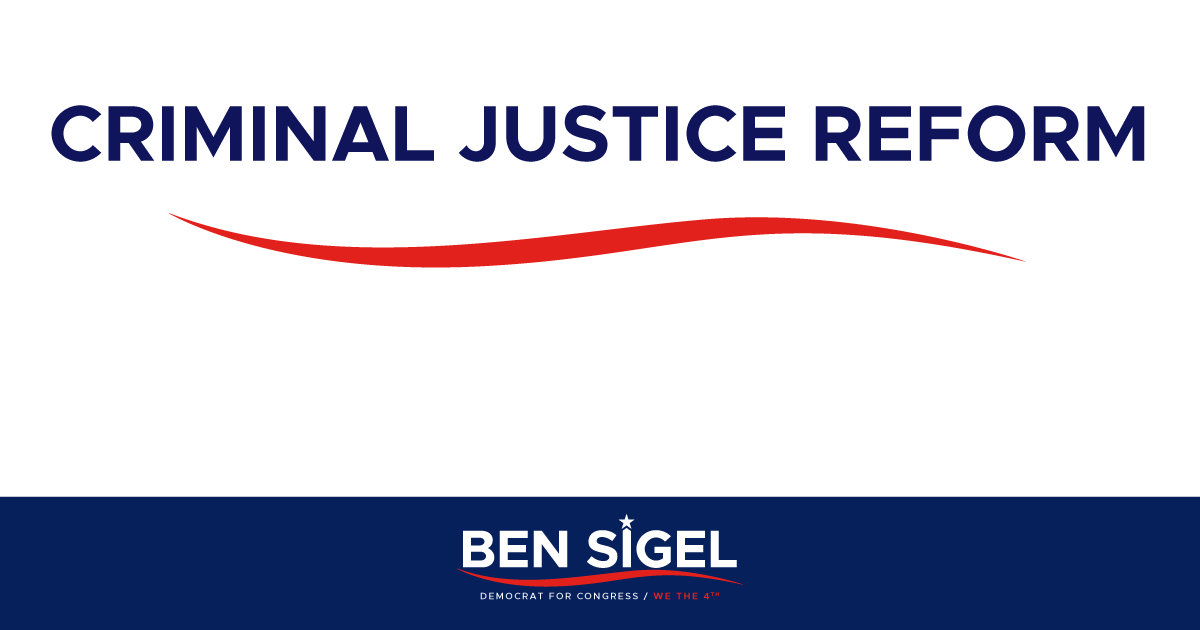 Our country’s criminal justice system is broken and is racist. We are obsessed with punishment and incarceration over education, engagement and treatment, even though research shows that locking people up does not make us safer or healthier or more well off. We must stop criminalizing poverty, mental health and substance abuse disorder. Education and engagement are the antidotes to all three of these issues. People don’t intentionally choose to be poor, have mental health challenges or become addicted. We do not choose the families we are born into. We must also stop making treatment subordinate to punishment because punishment affects people’s ability to lift their standard of living and does not solve the underlying issues.

We have a mass incarceration problem in the US that significantly affects many individuals and communities’ abilities to raise their standard of living and the overall economy. Incarceration rates have climbed steadily since the 1980’s peaking at roughly 2.2 million incarcerated. Our country comprises 5% of the world’s population, but 25% of the world’s prison population. In addition, one out of every three Black young men and one of every six Latino young men born today can expect to go to prison in their lifetime. Although Blacks represent approximately 12% of the US adult population and Latinos 16%, Blacks are 33% of the sentenced US prison population and Latinos are 23%, while Whites comprise of 64% of adults but only 30% of prisoners.

The War on Drugs and the 1994 Crime Bill have been a disaster. Mandatory minimums, drug arrests, 3-strike laws, qualified immunity, racial profiling and stop and frisk laws were all created on this notion that we have to be tough on crime. Black and brown communities have paid tragically for these laws. The systemic racism in our criminal justice system cannot be overstated. Studies and data has shown that there are two criminal justice systems. One if you are white and the other if you are black. The ACLU reports that drug use is higher in white communities, yet black people are arrested at 10 times the rate of white offenders. Recent studies have shown that cash bail is disproportionately higher for black people than white people for the same crimes. We just found out this year that 70% of those stopped by police under FIO, Boston’s version of stop and frisk, are black, even though they make up only 25% of the city. Unfortunately, these are only a few of the data points that reinforces the realities we see on the news every day about how the Black community is treated by law enforcement.

Tough on crime does not work, but smart on crime based in recognizing racial inequity can work. We can reimagine our criminal justice system based on education, engagement, treatment, compassion and dignity. Let’s invest in education, mental health treatment, social services, youth engagement and ending systemic racism so we can build a more fair and just society for ALL.

As your next Member of Congress, I will fight to: