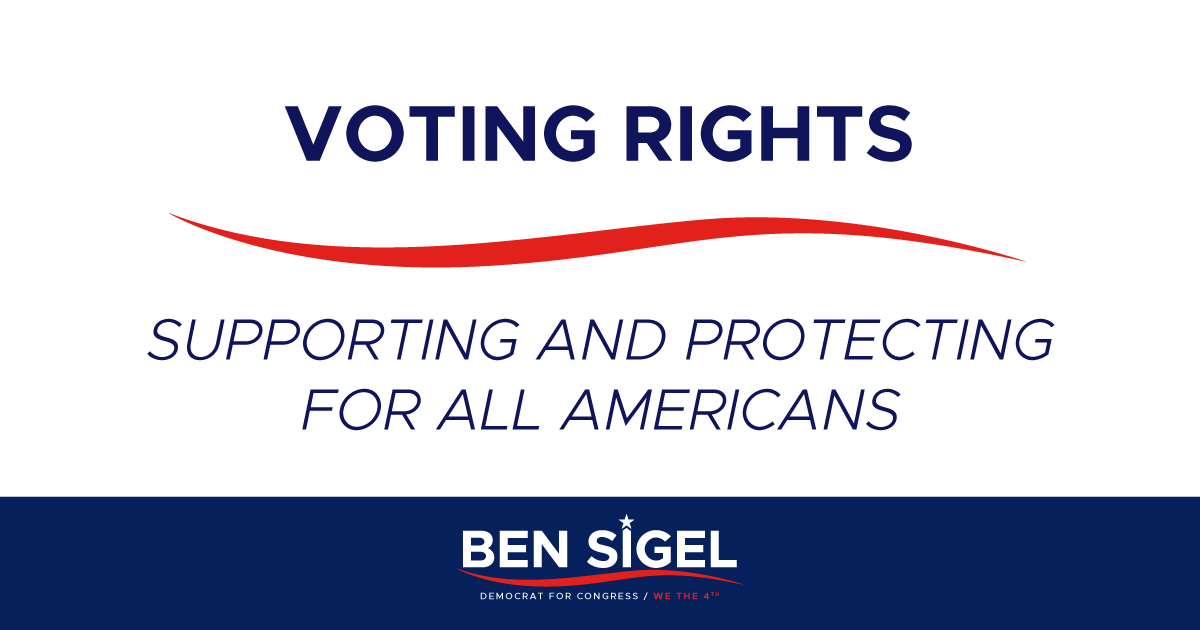 Supporting and Protecting the Voting Rights of All Americans

The right to vote is at the core of our democracy and upon which so many of our civil liberties rest. But the right to vote and the democratic political process are under assault in our country. The Republicans’ have engaged in a decades long battle to undo the Voting Rights Act and engage in voter suppression through restrictive voter ID laws, closing polling locations in minority community precincts, installing barriers to early voting, purging voting rolls, and now with an all out assault on the Post Office. Make no mistake, these laws are enacted in order to suppress the votes of historically disenfranchised communities. This is unconstitutional, immoral and an underlying cause of the systemic racism that we have in our country today.

Voting is integral to protecting our diverse communities and to restoring faith in our institutions. Diversity in our elected officials is especially vital to end the systemic racism that is so prevalent. If we are to eliminate racism, we must have the ability to elect diverse leaders who truly understand the diverse perspectives of their communities. If you are Black or Latino or any other person of color, why would you trust a country and a political system that has consistently prevented you from even partaking in the democratic process? If our black and brown communities have no voice in government, then the government will never work for them or for our society as a whole.

We need to make voting, simple, fair and convenient to participate in. We need to ensure that people may use the collective power of their voice to make real lasting change by voting. We must make voting inclusive and empower and engage our electorate to participate in one of the greatest freedoms our country has – the right to vote.

As your next Member of Congress, I will: